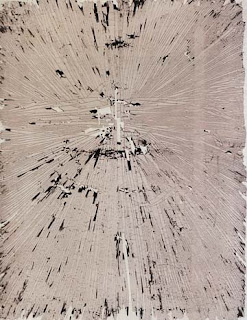 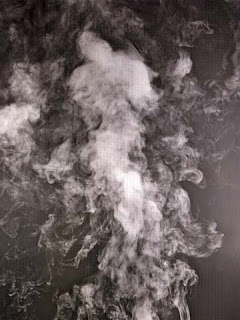 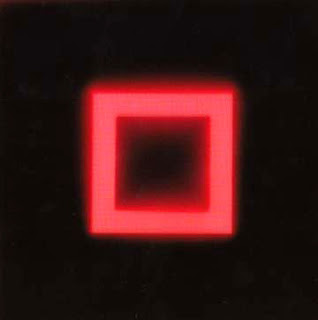 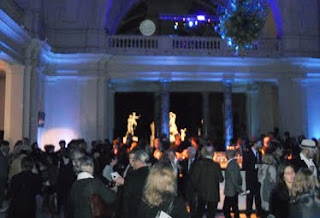 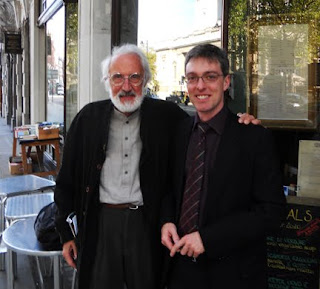 Pierre Cordier and Martin Barnes on Cromwell Road
Posted by dcollins at 9:58 AM 1 comment: 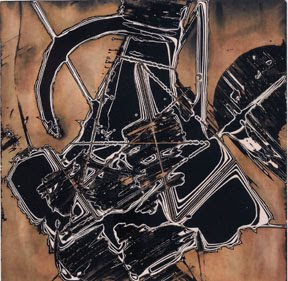 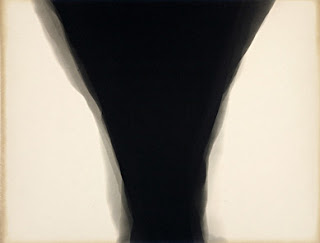 Rossiter, Eastman Kodak Royal Bromide, expired March 1919, processed in 2010
If you've ever had the good fortune of seeing Alison Rossiter's work in Canadian galleries like the Stephen Bulger in Toronto or Art45 in Montreal, her one-of-a-kind pictures are hard to forget. It's not that she's been known merely for cameraless work - she is an extremely pure exemplar of that word - but rather for pictures without any conscious imagery whatever: from a background in photographic conservation and an obvious love for the history of photography, she collects vintage photographic paper at auctions or rummage sales and develops it, to see what strange marks time and chance may have left. Dings, abrasions, smudges, spills rich in old chemistry - these become remarkable and somehow moving in her hands, and can be seen on her site and elsewhere.

More recently she's been invoking the spirit of these rare papers by inoculating them with a bit of developer, creating simple but haunting photograms or chemigrams. In her new show at Yossi Milo in New York City, it's shocking at first to realize that these darkly elegant shapes, created only this year, are executed on papers which may be nearly a century old. Velox, Ansco, Kodabromide, there is a roll-call here of legendary names most of us have forgotten or never known; the drama of their return to center-stage is staggering. The edges of the papers, as you dare get closer, are sometimes discolored, and why wouldn't they be. The whites display a gamut of tints, from bone white to thin yellows to faint mauves, representing, one might say, the dreams of bygone epochs in which they were conceived. And then the blacks. The regions where her hand has passed or where she slowly tilted the paper charged with developer, the blacks are pushed to maximum density, unmodulated; they possess a massive authority and seem to engage in a mute, secret dialog with the whites. In some pictures Alison gives us the added surprise of a second layer of black, this one not allowed to proceed to full development. Its dusklike tones dance at the edges of still darker areas, suggesting movement, twisting, indecision, and life.

Some have called Alison's work minimalist, and at first glance it's easy to see why. Her methods, her commitment to a process, a spare, arbitrary imagery - in conversation she said someone even compared her to Barnett Newman. But the more you stand in the presence of these works, the more you feel the operation of an intense personal engagement and emotion that rises above minimalism, and puts it far behind. You must see this show.
Posted by dcollins at 2:18 PM 1 comment: